The party was a big success

Ethan's Birthday was a big success. He was so excited from the minute he woke up (and was still talking about it when I put him to bed). I went into his room when he woke up wearing a party hat - which he loved and requested his immediately (only his had to be pink because my little man - who is very secure with his boyhood LOVES pink). He opened a few presents before our guests started to arrive. 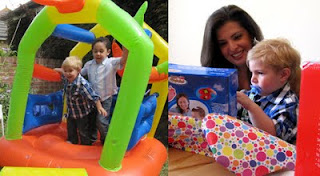 At the party he had the time of his life! He had all of his favorite friends here. We had a bouncy castle, all kinds of party games and a house full of people. The party which was supposed to be from 11AM - 1:00, lasted until after 4:00 (but probably would have gone longer if the kids weren't so tired). 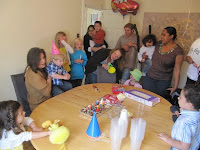 We had a really great crowd. This was my first birthday party living in England where I actually had friends there instead of people I associated with for the sake of the kids (but never actually formed any relationships with) or was forced to have at my in-laws because I didn't have anyone to invite. 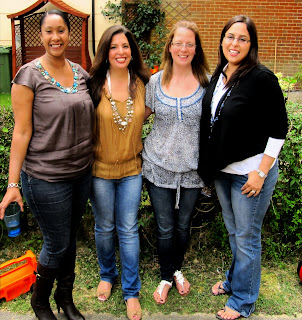 A good time was had by all and everyone even behaved themselves (including the adults). I have to say that the best part of the day for me was watching Ethan enjoy himself so much. I got several txts from party guests & friends later in the night telling me what a good time they had. It was such a good time, I'm planning a 4th of July party as well. What a great reason to have a party - celebrating America's independents from English rule (with a bunch of Brits to celebrate with me)!

Mike said…
Hey pretty lady! I am so glad it went well and things are turing around with friends. I wish you many dinner parties to come :)
8:39 PM

Missy said…
You look fantastic and Ethan looks like he had a great time! He is soo cute!!
9:00 PM